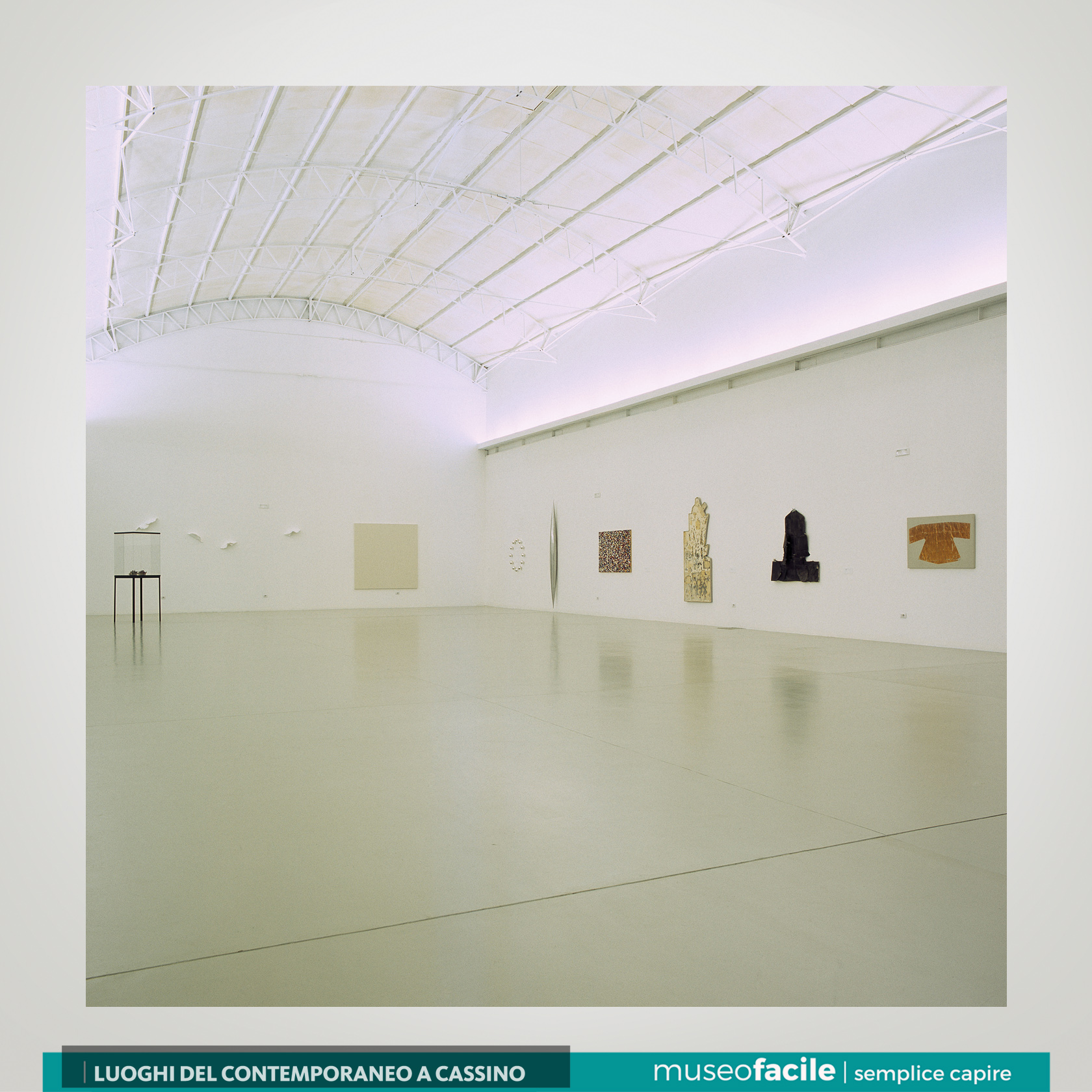 CAMUSAC is a museum dedicated to contemporary visual arts and was founded in 2013.  Its purpose is to contribute to the growth and cultural development of Cassino and its surroundings.

The Museum is located in the former industrial buildings of Longo Spa and hosts the permanent, private collection of the CAMUSAC Foundation.

The permanent collection stems from the extensive work begun in the early 1990s by art critic and current director Bruno Corà and collector Sergio Longo.

In 1996 the museum (not yet called “CAMUSAC Foundation”) opened to the public.

Initially, some sculptures, installations, and environmental works were installed outside in the park.  These explored the theme of “That which takes shape after the destruction”. The catalogue has grown to include over two hundred works covering various 20th century movements (Minimalism, Op Art, Conceptual Art, Land Art, Abstract Expressionism, Arte Povera, Transavanguardia, the San Lorenzo Group) with an interesting core dedicated to photography and artists of newer generations.

The permanent exhibition is flanked by annual events consisting of conferences attended by international artists and scholars.

CAMUSAC regularly organizes temporary exhibitions which are monographic and collective in nature and dedicated to significant figures in 20th and 21st century art.

Umberto Mastroianni, Study for the Monument to Peace