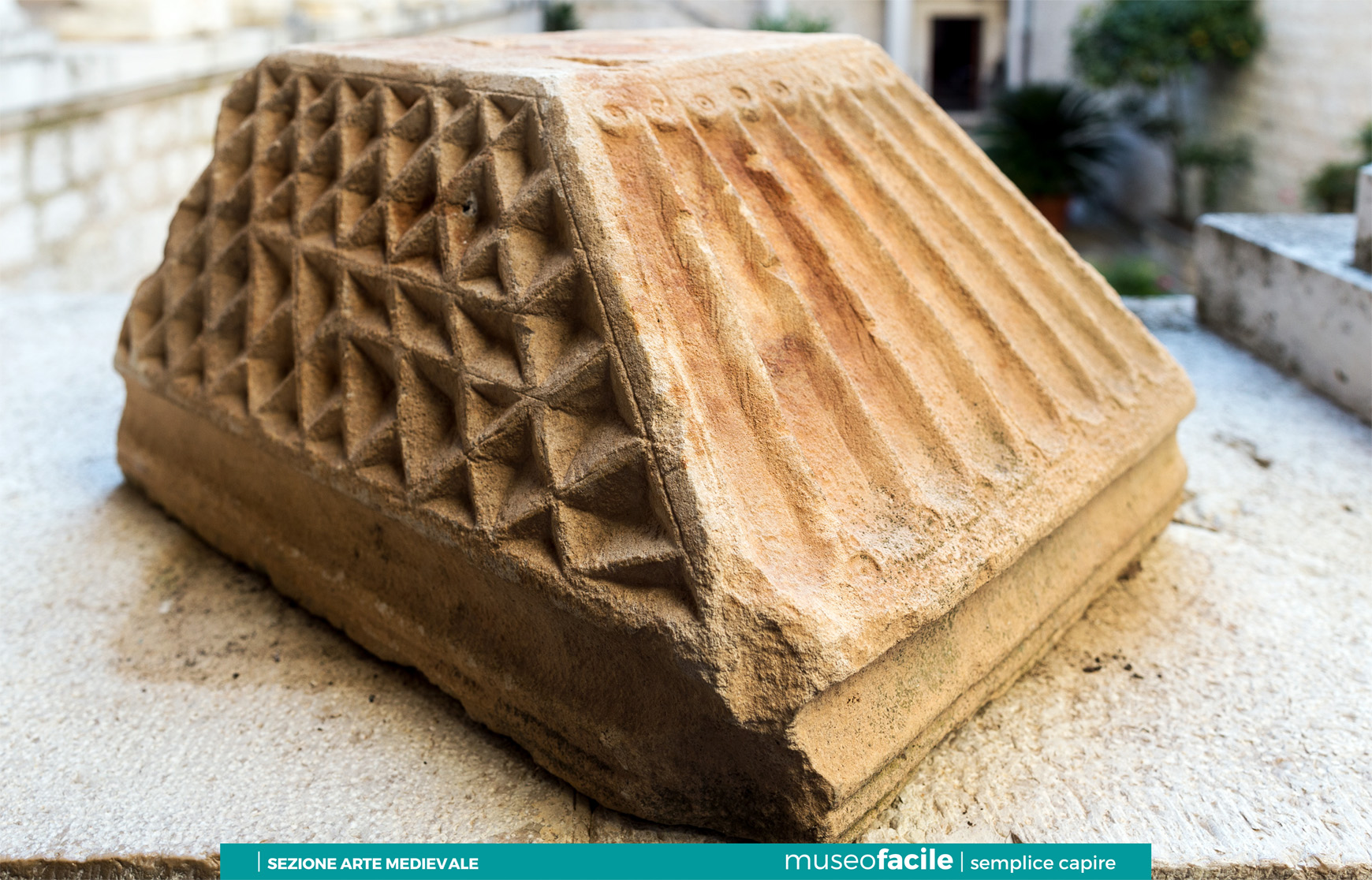 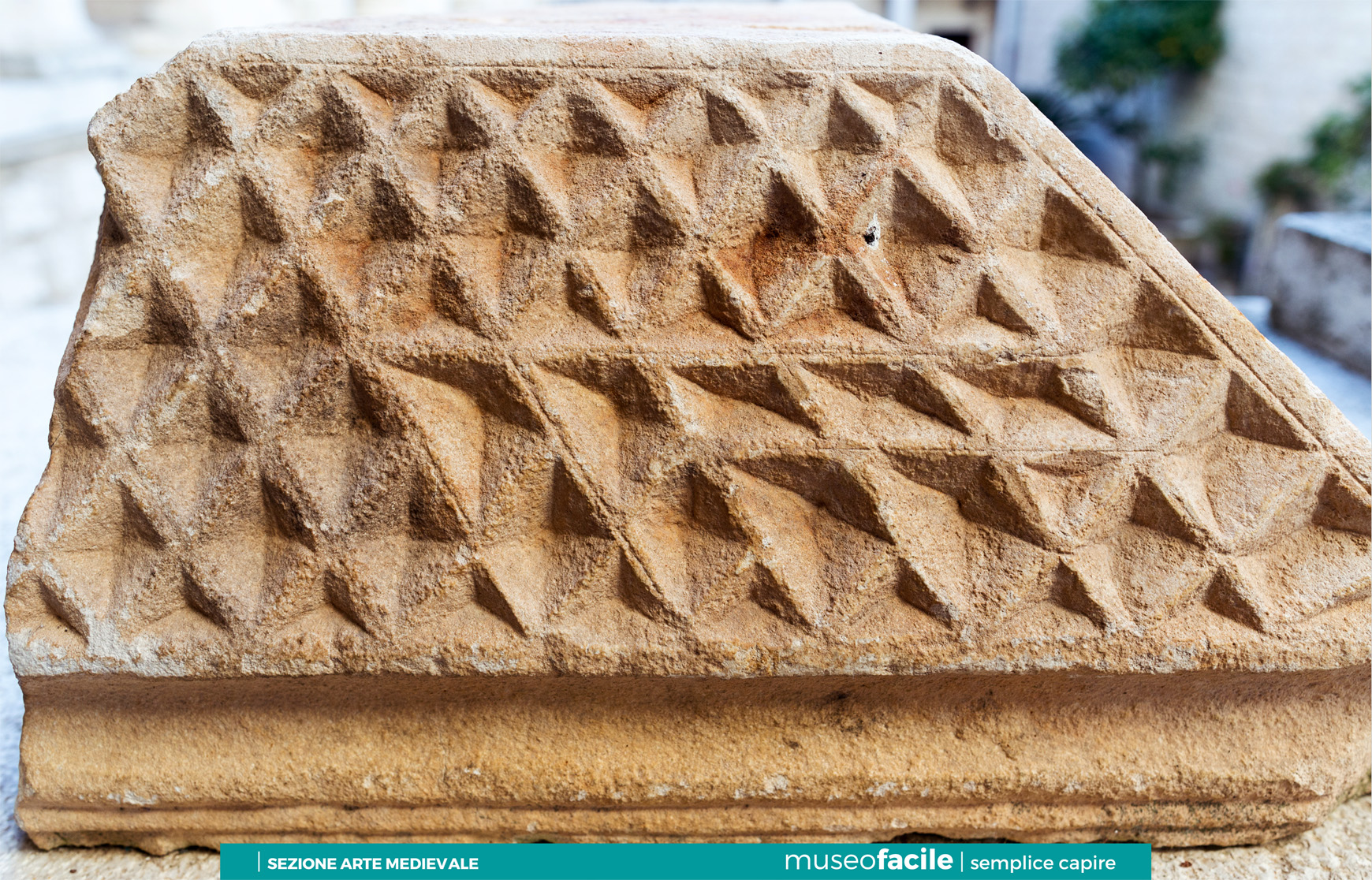 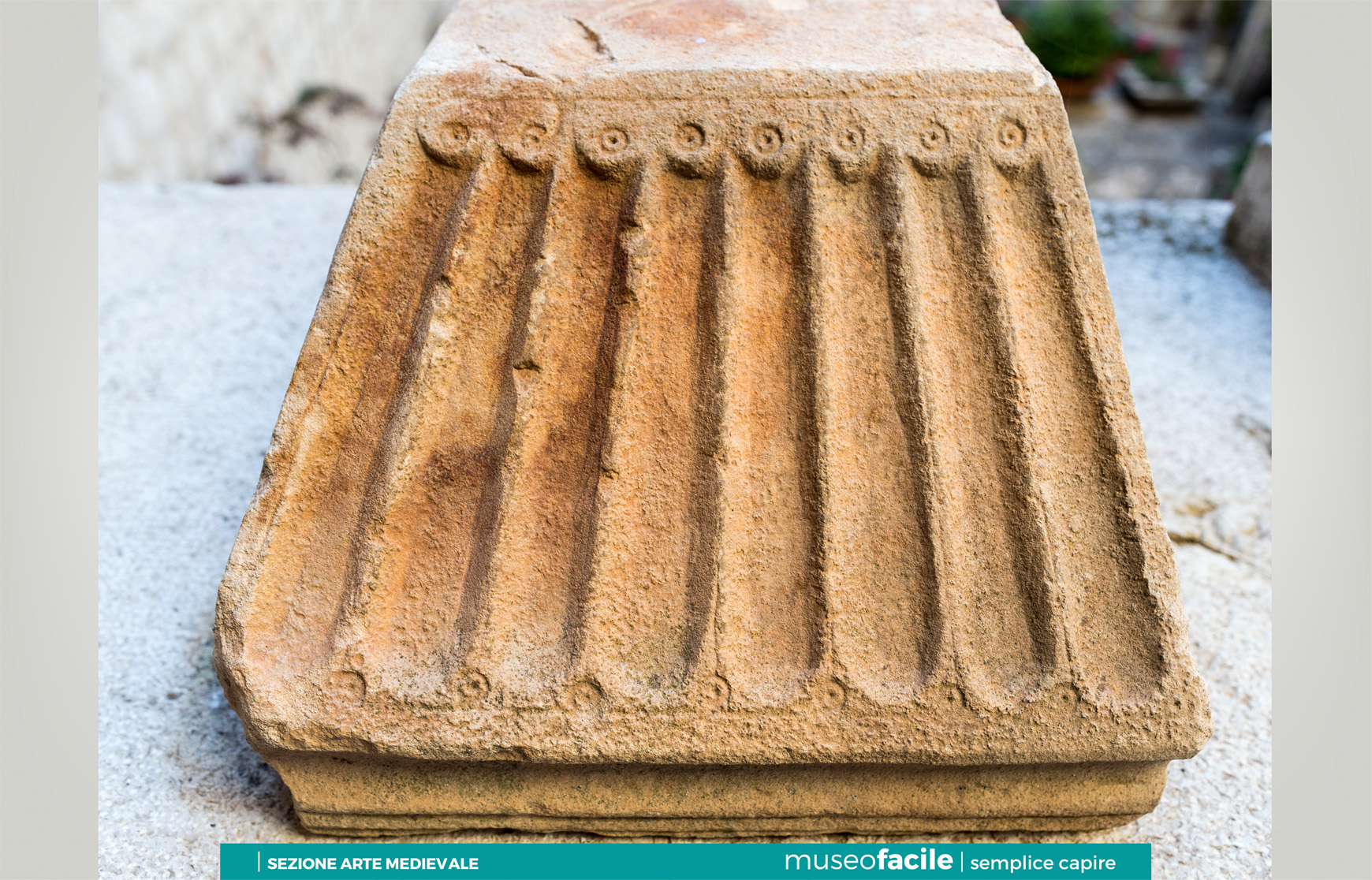 This is a portion of the trapezoid-shaped capital dating to the early 9th century. This type of artifact was normally used in window and gallery arches.  Each arch usually rested on a colonette; the element that connected the colonnette and spring of the arch was usually a trapezoid-shaped capital. It was positioned edgewise to the wall with the lower portion faced downwards. On the long sides the piece bear pyramid-shaped geometric decorations; on the short side that has been preserved one can see fluting. Both patterns are very common in Lombard sculpture of the Campania region. This artifact was found around 1970 during excavations at the abbey of San Vincenzo al Volturno. 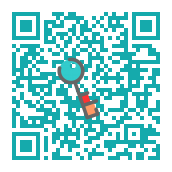