The current Chapel of St. Anne was built between 1949 and 1954 based on the design of Giuseppe Breccia Fratadocchi, the engineer who was responsible for the reconstruction of the entire abbey, together with Don Angelo Pantoni, a monk and the Abbey’s engineer.

The modern building replaces an earlier church also dedicated to St. Anne and built in 1420 by order of Abbot Henry Tomacelli (1396-1413/14).

This place of worship is still used today to celebrate Mass in honor of the dead and occupies roughly the same area that the Abbot Oderisius I (1087-1105) had allocated as the monks’ cemetery.

Inside the chapel you can admire pieces and works from the ancient abbey and nearby churches. The altar, as it appears today, was reconstructed by salvaging columns from the Middle Ages. On the ground we see precious fragments of the polychrome marble floor Abbot Desiderius commissioned for his basilica (1066-1071).

The chapel’s side walls host a Renaissance choir; it is more staid than the Baroque one preserved in the presbytery of the Abbey church. 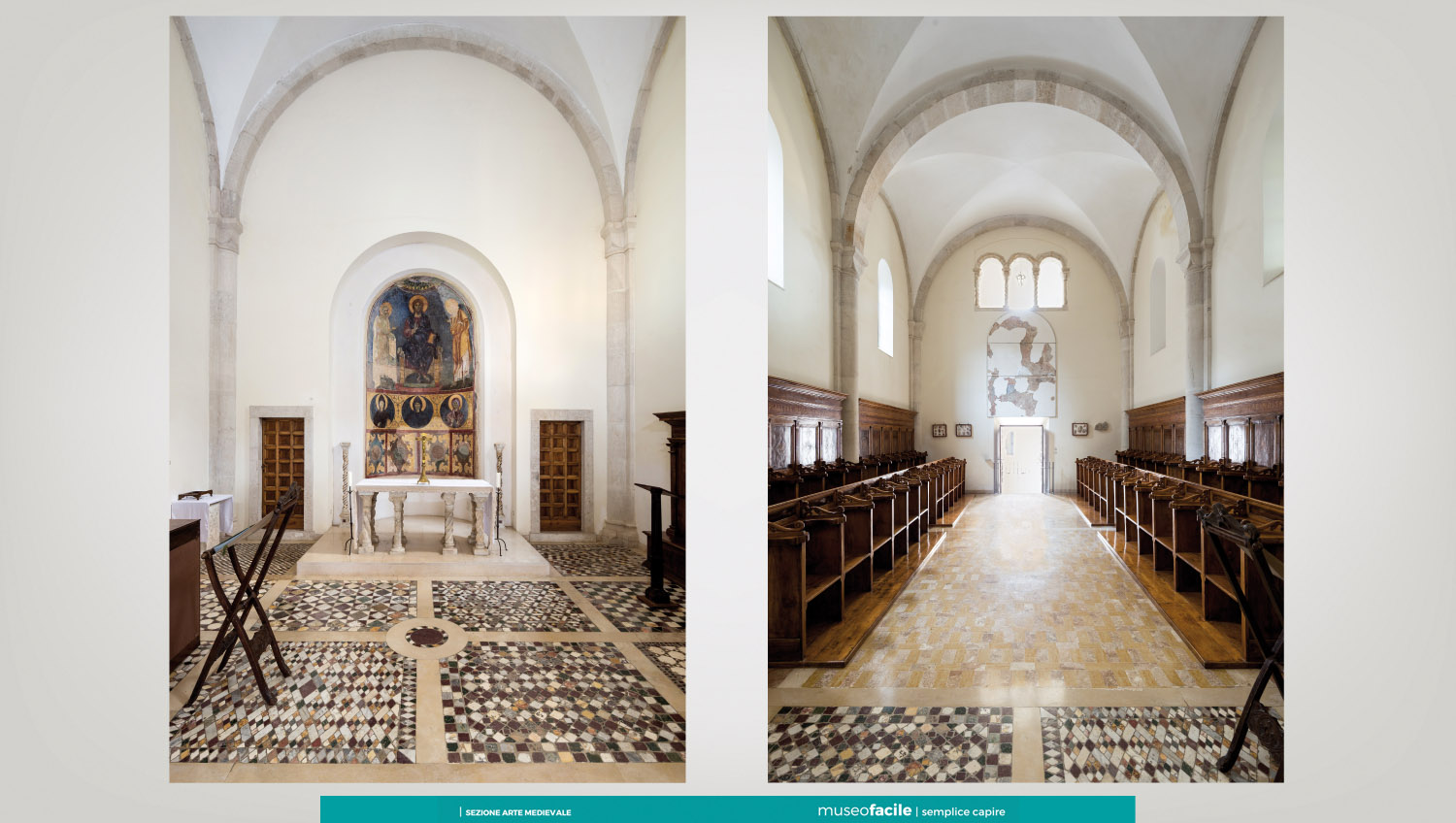