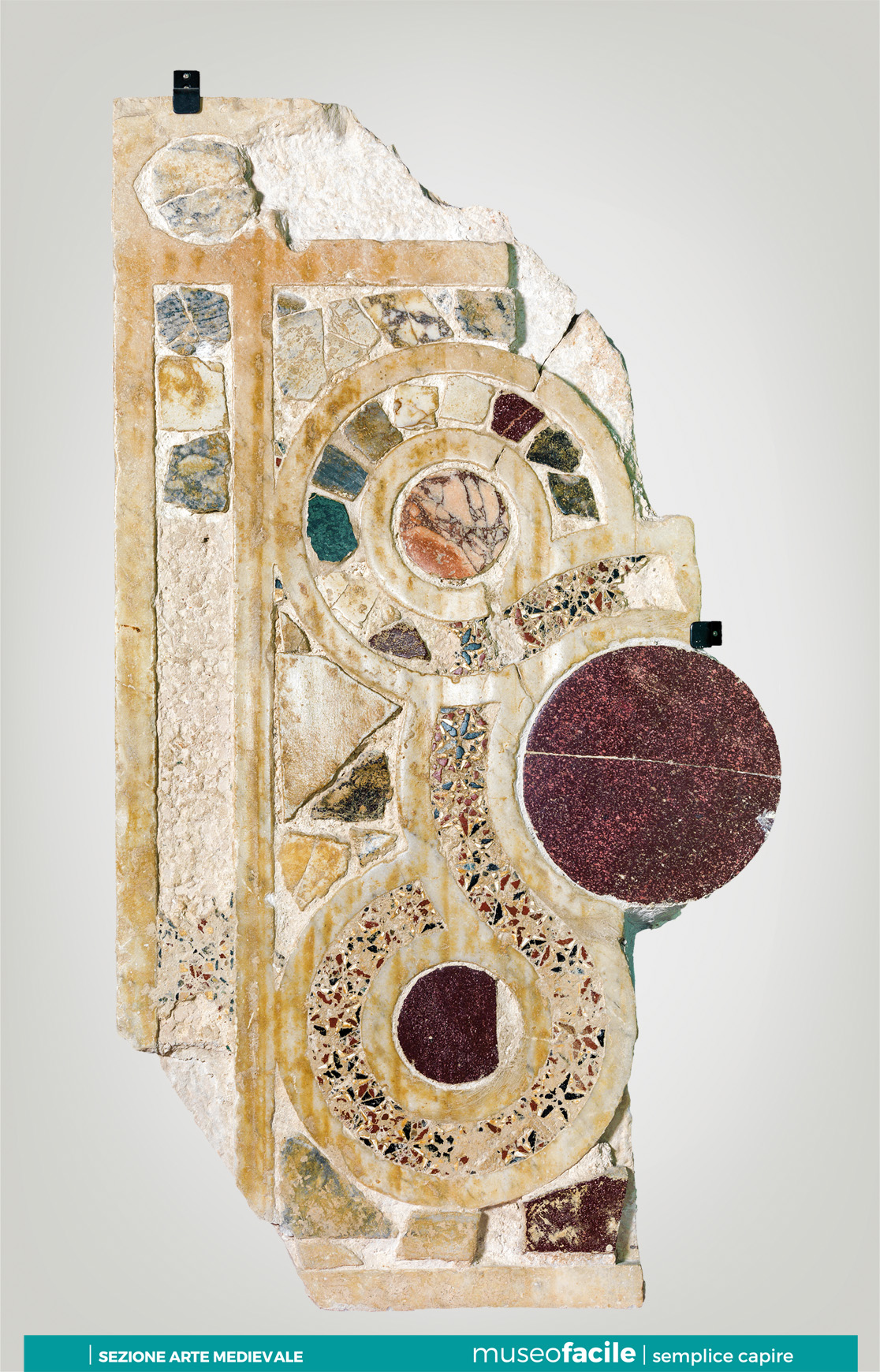 FULLER TEXT
Fragment with the Quincunx

This fragment comes from the floor of Montecassino Abbey and was recovered after the last World War.

The technique used here is different from that used in Desiderius’ floor. Here the inlaid marble or opus sectile is applied into grooves carved into the marble support with a chisel. This technique (inlay) was generally employed for vertically placed marble furnishings (like parapets).  So the polychrome marble slab did not belong to the pavement but to an enclosure or an ambo.

The design consisted of five discs interwoven by a curved, marble band in opus sectile, following the quincunx pattern. An inlaid frame surrounded the pattern. The curvilinear band had six-pointed stars in hexagons and is only partially conserved.

The presence of starred polygons reflects an islamicizing taste, which combined with the use of glass paste, suggests the piece was made in the 12th to 13th centuries.

Fragments of marble substitute lost portions of the mosaic. This reparation could have occurred when the fragment was inserted into the floor, probably after the 1349 earthquake. 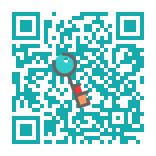