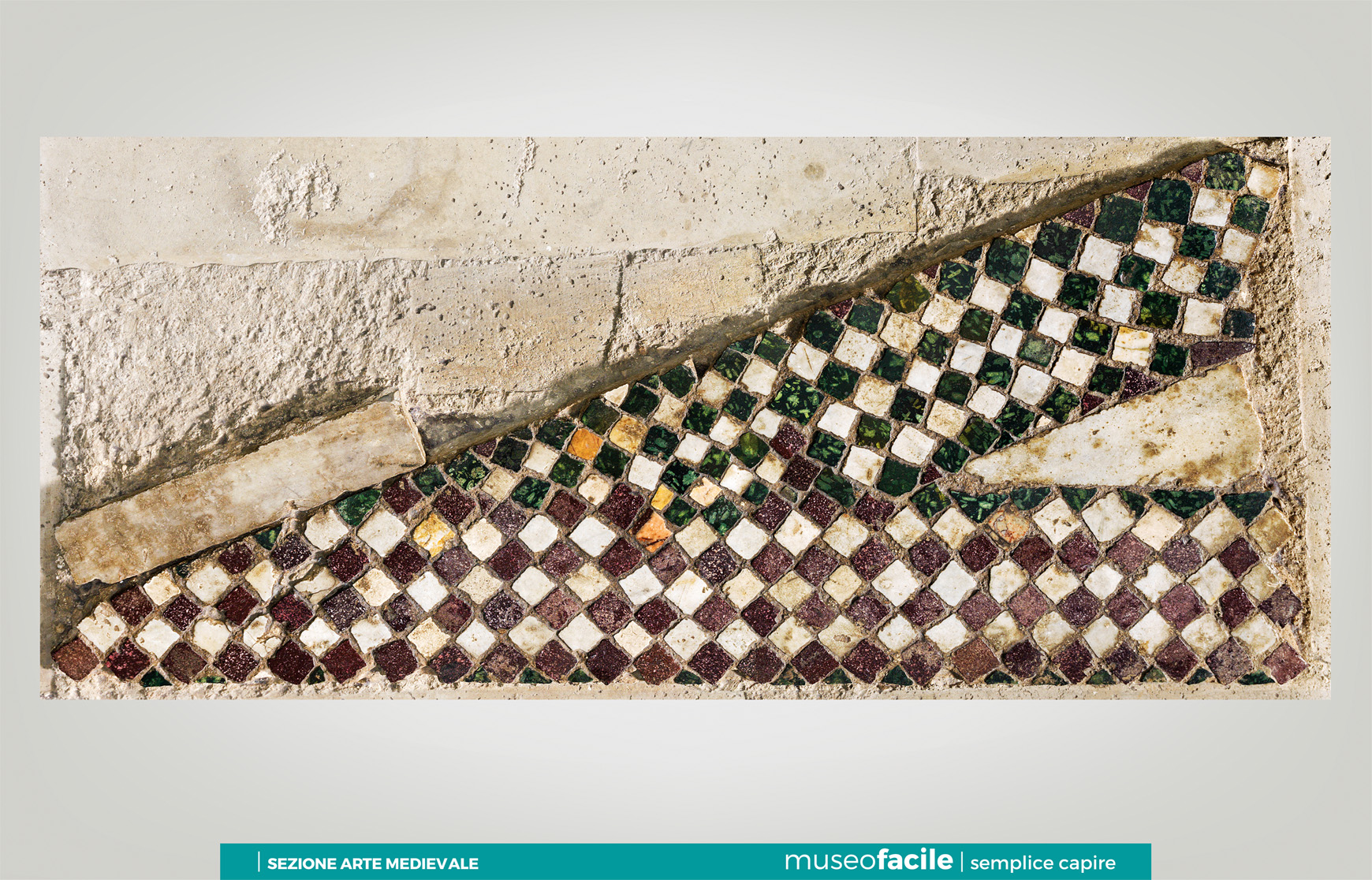 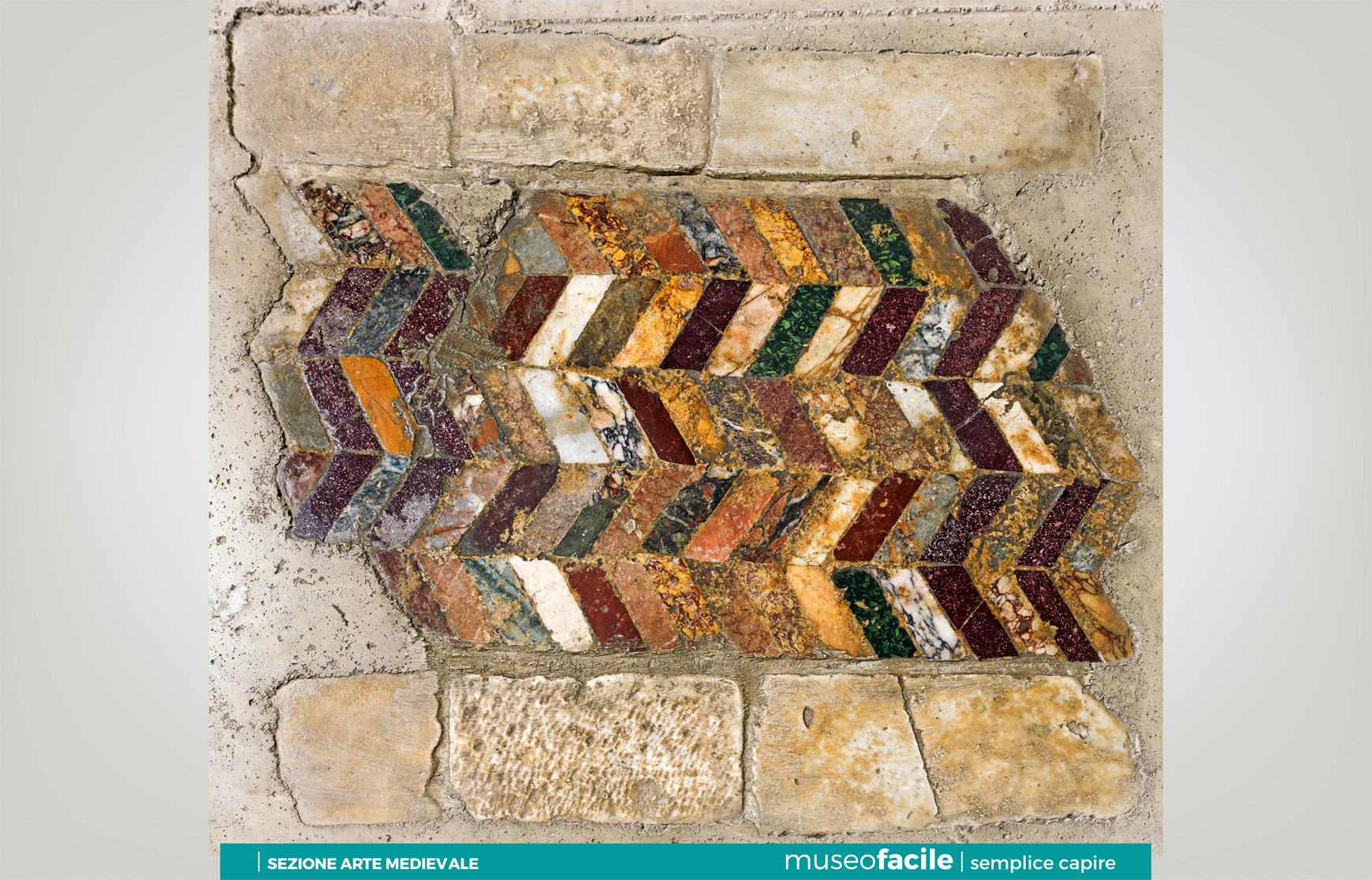 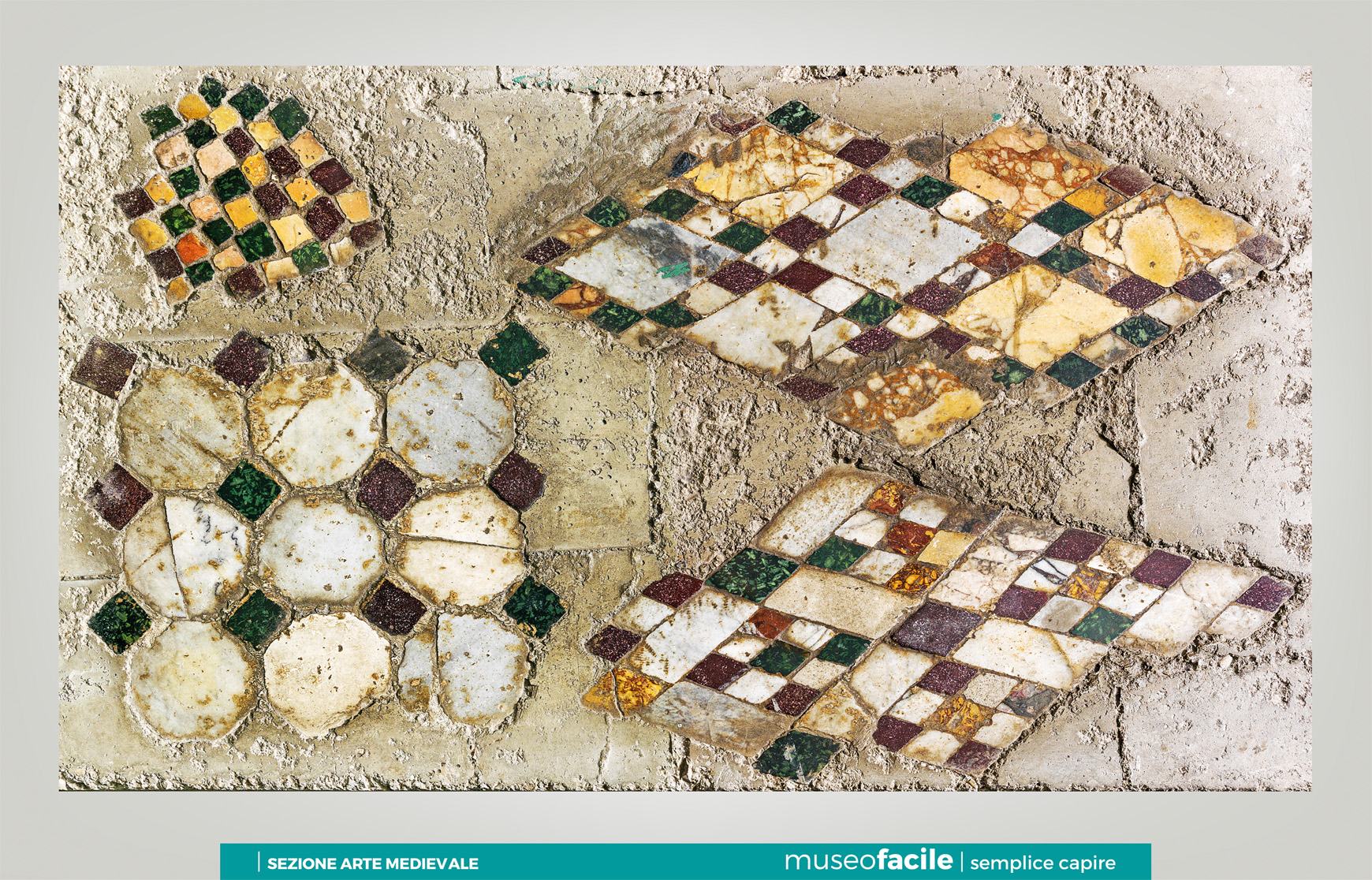 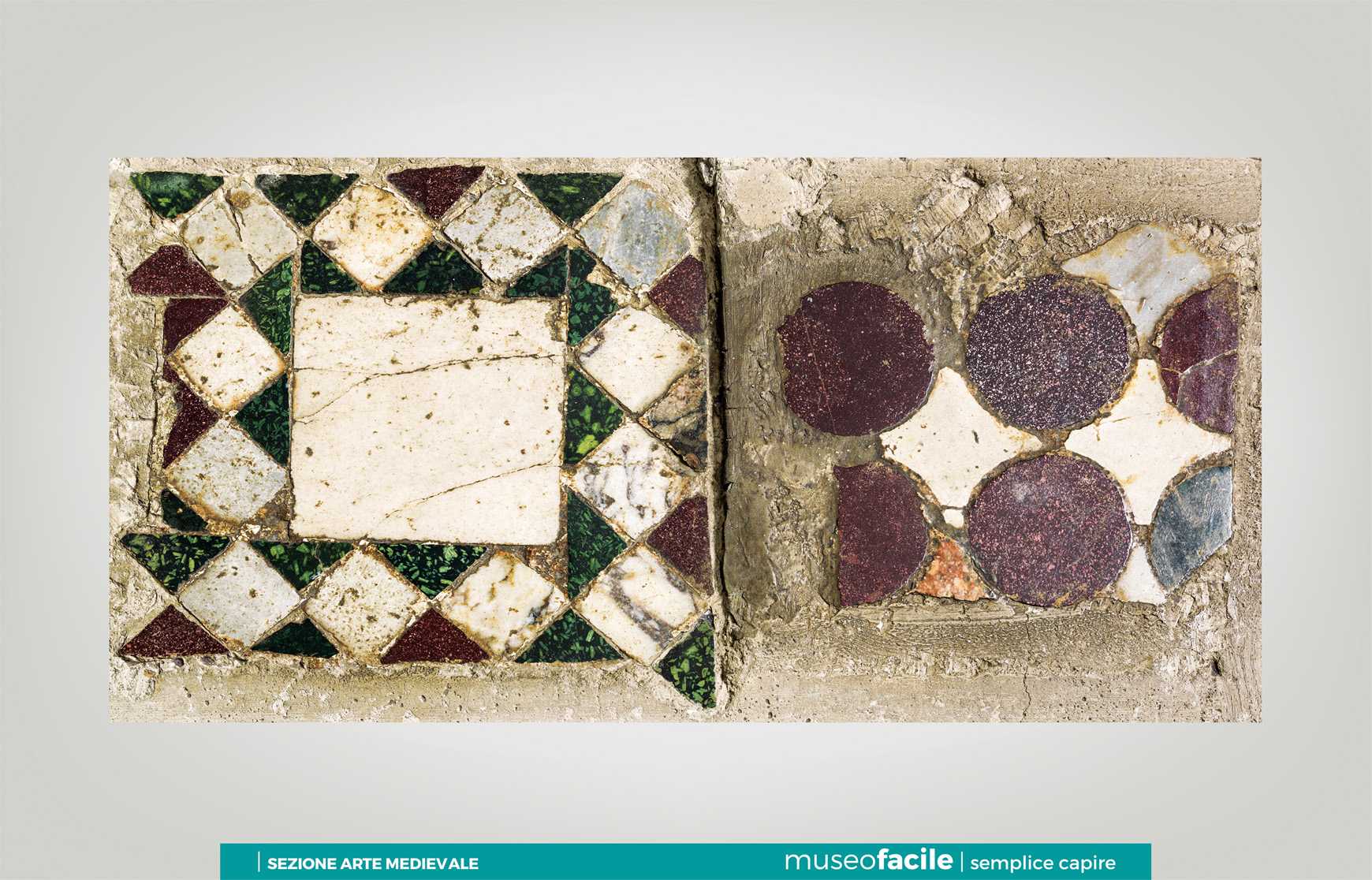 This is the only surviving piece of the eastern portion of the nave, recovered after World War II. It formed part of a triangular motif that created an octagonal frame around an eight-pointed star.

It presents a simple checkerboard pattern made of red porphyry, green porphyry and white palombino tiles. There are also some pieces in giallo antica of Numidia.

The tesserae alternate chromatically: almost all red ones are found on one side of the triangle and almost all green ones on the other.

Fragments with Checkerboard and Geometric Patterns

The fragments are surviving pieces from some of the panels from Desiderius’ pavement that were recovered after World War II along with other fragments.

This fragment, recovered after the last World War, is part of what survives from Desiderius’ pavement.

This decorative pattern is an ancient one called opus spicatum, which in Latin means “work shaped like a blade of wheat” and can already be seen in Classical, Roman floors. This motif is widespread at Montecassino and as well as in other pavements where craftsmen from Desiderius’ campaign worked (Sant’Angelo in Formis, San Benedetto a Capua, Santa Maria Maggiore in Sant’Elia Fiumerapido and Sant’Adriano in San Demetrio Corone).

Fragments with Discs and Checkered Pattern

These fragments are portions of panels coming from Desiderius’ pavement, recovered after the last World War.

The simplest design is made with porphyry discs. The spaces between the discs are composed of white palombino tiles forming four-pointed stars. The abundance of porphyry, a rare material in the Middle Ages, conveys the abbey’s wealth in the second half of the 11th century.

The other pattern would later be used by Cosmatesque craftsmen working in Rome between the 12th and 15th centuries. It consists of large, white square tiles framed by smaller, square and triangular tesserae, arranged in a checkerboard. The squares are made in light marbles like pavonazzetto and cipollino, while the triangles are made of red and green porphyry.

The fragments are some of the surviving portions of certain panels of Desiderius’ pavement, recovered after World War II.

The designs are some of the most Classic and traditional ones, already seen in late ancient Roman pavements (4th-5th centuries), based on the use of alternating triangles and squares to create checkerboard patterns with numerous variations of smaller squares rotated at a 45° angle within other squares or triangles inscribed inside other triangles. The most complex pattern consists of hexagonal tesserae in white palombino and triangular tesserae in red and green porphyry forming six-pointed stars. 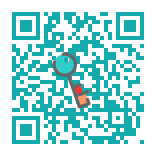