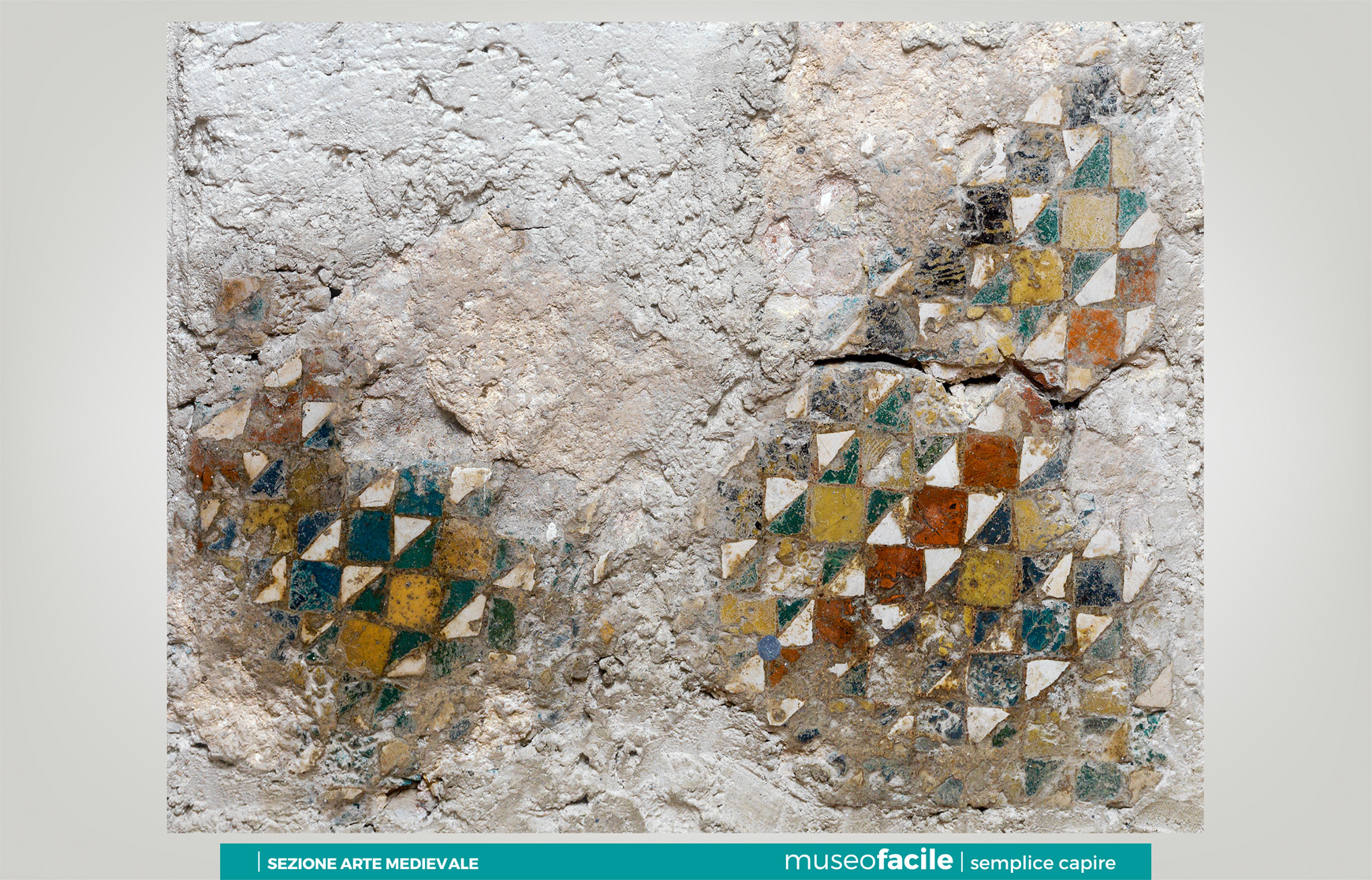 Second Half of 11th Century

This fragment, recovered after World War II along with others, is composed of a geometric mosaic with a diagonally striped pattern composed of small, square, and triangular tesserae.

The colors of the red, yellow, turquoise and white tesserae alternate; they are made of glass paste, a material commonly used since the late 12th century to replace marble—which was becoming less and less available.

The pattern is not present in Erasmus Gattola’s 1733 illustration of Abbot Desiderius’ pavement (1071).  Furthermore, the glass paste tesserae are of a smaller size. The considerations lead us to conclude that the polychrome marble slab did not belong to pavement commissioned by Abbot Desiderio (1071) but to an enclosure or a 12th-13th century ambo. 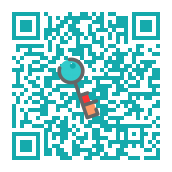