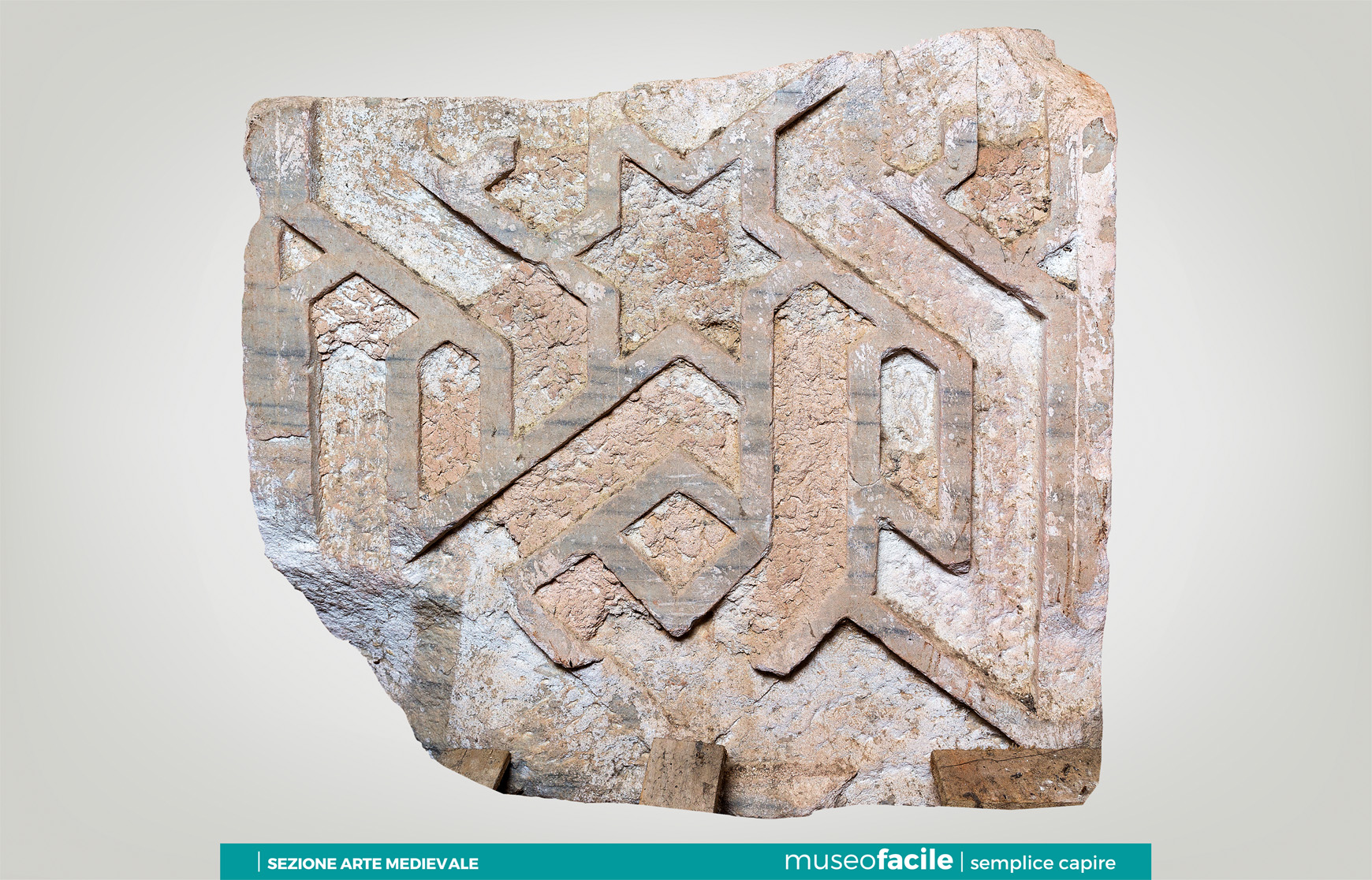 This marble slab fragment was recovered after World War II along with others and must have originally hosted—now lost—polychrome, mosaic decoration in its carved grooves. Such geometric mosaics employed inlaid marble or opus sectile; the inlay technique consists of patterns laid directly into grooves specially channeled into the slab. This marble slab does not come from Desiderius’ pavement (1071), but served as a vertical parapet (pluteus) and was used as an enclosure.

The complex ornamental scheme is of Islamic origin; it is made up of plaited ribbons forming starred polygons that can virtually go on forever.

The comparison with similar furnishings like Pistoia’s Pluteus (see photo) or the floor of the Pisan Baptistery helps date the artifact to the 13th century. 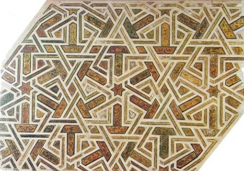 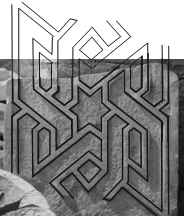 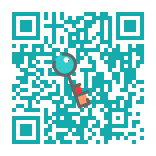