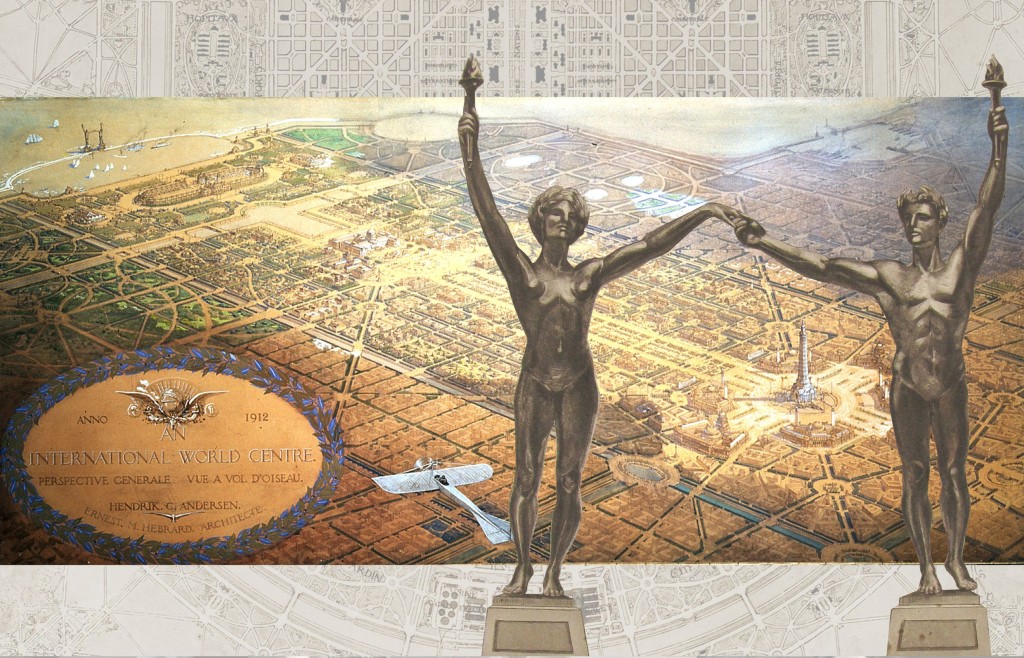 What is the World Centre of Communication?

What was the World Centre of Communication purpose?

The authors aimed to gather in the Centre all the best intellectual product of mankind, both in the scientific and art field.
In this ideal place, communication would have been at the service of the Good, Technological Progress and Civilisation.
The Centre consisted of three areas: an Olympic Centre, an Art Centre and a Scientific Centre. The Olympic Centre would have contained a stadium, gyms, swimming pools, and at the entrance two giants statues of a man and a woman bearing a torch. The Art Centre would have housed a Temple of Art, galleries, libraries, schools, theatres, botanical gardens, and on both side two cathedrals. The Fountain of Life would have been located in the middle of the main square. The Scientific Centre, instead, would have been addressed to the Scientific Congress Building, the Temple of Religion and the Court of Justice.
An imposing Tower of Progress completed the Centre with a huge transmitting antenna on its top and the Centre of World Press within, which had to broadcast the progresses of science.

Where the World Centre of Communication was supposed to be built?

Andersen and Hébrard did not locate a place where building the World Centre of Communication. At first, they thought to make it in the peaceful Switzerland or in Belgium, because the Nobel Peace Prize Henri Lafontaine and the pacifist Paul Otlet ideally shared and supported the project.

Why did Andersen start such an impressive project?

Between the end of the 19th and the beginning of the 20th century several architects proposed “ideal cities” urban plans, in many aspects similar to the Andersen’s World Centre. Among them the Finnish architect Eliel Saarinen in Helsinki and the famous Swiss-French architect and city planner Le Corbusier. They were not utopian cities, but circumstantial projects through which offering new services to citizens, outlining common spaces dedicated to enjoyment and work activities. The entire projects main subject was always the peaceful coexistence among nations.

The Fountain of Life