During Abbot Desiderius’ rule (1058-1086), Montecassino took on a grand and monumental appearance true to the notable prestige the monastic community had meanwhile attained. The most important undertaking promoted by Desiderius was the reconstruction of the abbey church that had already been transformed by Abbot Gisulf (796-817).

Work began in 1066 and Pope Alexander II consecrated the new church, dedicated to St. Benedict, only five years later on 1 October 1071. During World War II and before the 1944 bombings, Desiderius’ basilica no longer existed as it was badly damaged by a violent earthquake in 1349.  It was rebuilt in the Baroque style between the 17th and 18th centuries.

Fortunately the Chronicle (Chronica Monasterii Casinensis) by Leo Marsicanus, a monk who lived at Montecassino at te time of Desiderius, allows us to know about the medieval basilica’s original appearance. The church had three naves, separated by two rows of ten columns with three apses at the back. The presbytery area was raised with eight steps, incorporated a transept, and was separated from the rest of the structure by an iconostasis. In front of the basilica a staircase lead to a quadriporticus.

Once again, thanks to Leo’s Chronicle we know that Desiderius called mosaic artists and stonemasons directly from Constantinople (now Istanbul), the capital of the Byzantine Empire and one of the most important centers of artistic production in the Middle Ages. The columns, capitals, floor’s marble slabs and liturgical furnishings came from ancient Roman monuments. A great quantity of prized textiles, icons, lamps and sacred objects in gold and silver enhanced the splendor of the basilica’s interior.  Like the skilled labor, they were largely imported from Byzantium and some were quite important in their own right. 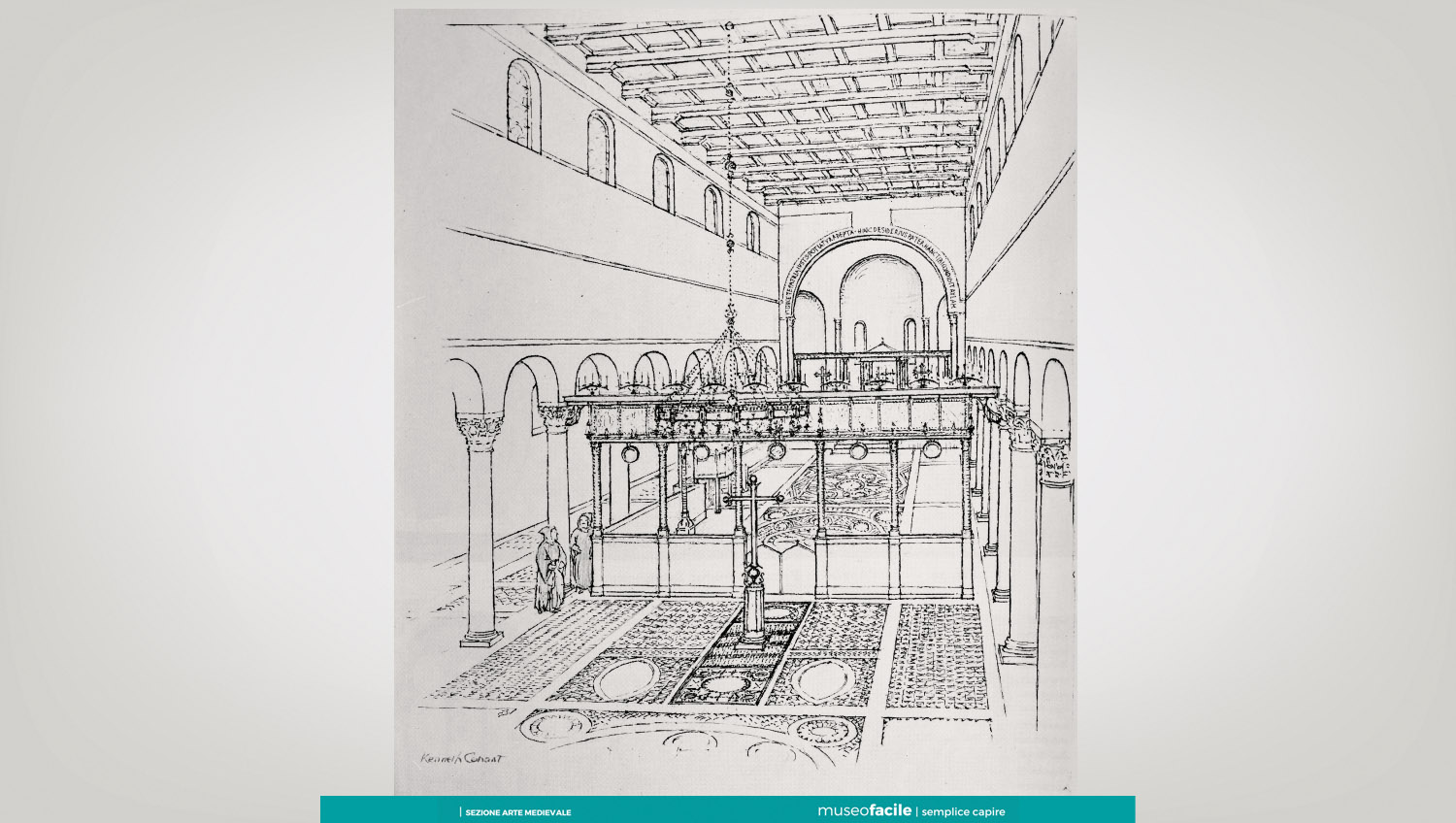