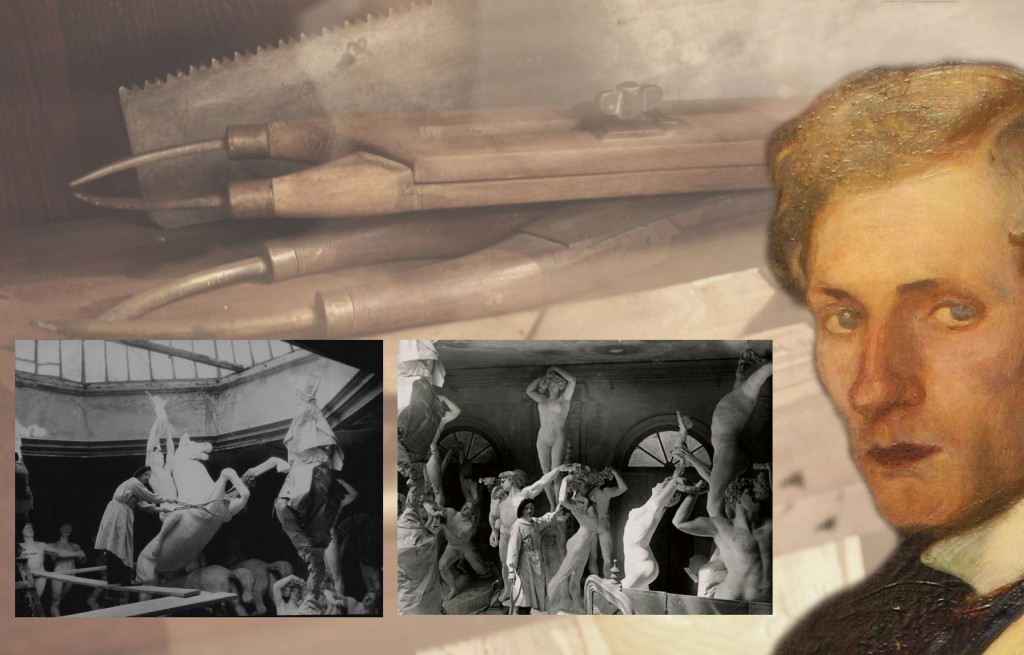 Who is Hendrik Christian Andersen?

Hendrik Christian Andersen is a artist born in Bergen, Norway, in 1872 and died in Rome in 1940. Due to economical issues, immediately after his birth, the family moved to Newport in the United States with his mother Helene Monsen and his elder brother Andreas. In Newport his father was already working as a carpenter and there Arthur, Hendrik’s younger brother, was born and became a musician.
The Andersen brothers, endorsed by their mother ideas, early devoted their selves to art. First of all the elder brother Andreas became a painter and then Hendrik a sculptor.
Economical hardship yet forced them to work hard since they were very young.

When was Andersen interest in Europe born?

In 1894 Hendrik joined his brother Andreas in Paris to begin an educational journey that allowed him to visit Europe, especially Italy. As well as his brother, he studied at the Académie Julian and above all French art experiencing the Louvre and relevant painters atéliers.
They came to Paris thanks to the interest and financial support of some wealthy families in Newport, in particular the Cushings. Andreas and Hendrik had the same age and were close friends of Howard and Olivia Cushing. In 1902 then Olivia became Andreas’s wife.

What did Italy represent for Andersen?

At the end of the 1800s Italy was considered an essential landmark to improve art skills.
Hendrik visited the most important art cities together with his brother Andreas and a group of friends. Among them, Florence, Venice, Bologna and Perugia where he admired works of great masters. In Florence, in particular, he got struck by Michelangelo’s sculptures at the Medici Tombs. In Naples, instead, he stayed a few months to study Greek and Roman art.
In 1896 he came to Rome and made his first in a small studio in via Margutta.
In Rome he had important acquaintances, among them the writer Henry James. In 1902 Andreas died and, since that time, Rome became Andersen residence. Soon his sister-in-law Olivia, Andreas’s widow, and his mother Helene joined him.
Olivia, thanks to her ideas and her income, could support Hendrik’s project: the World Centre of Communication.
In Rome, after Olivia’s death in 1917, he planned and built the house then titled to his mother Helene where he lived with his sister Lucia untill his death in 1940.