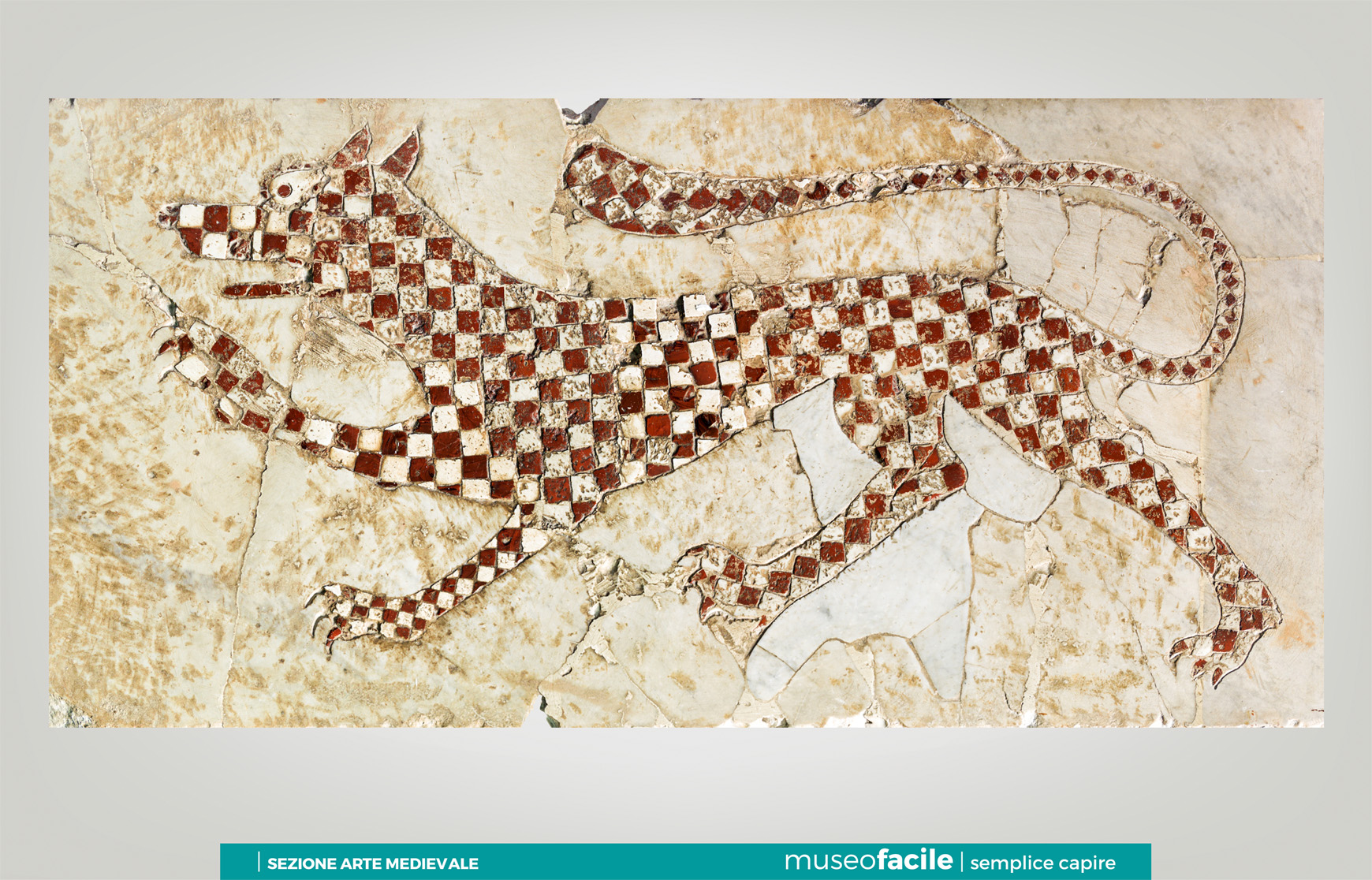 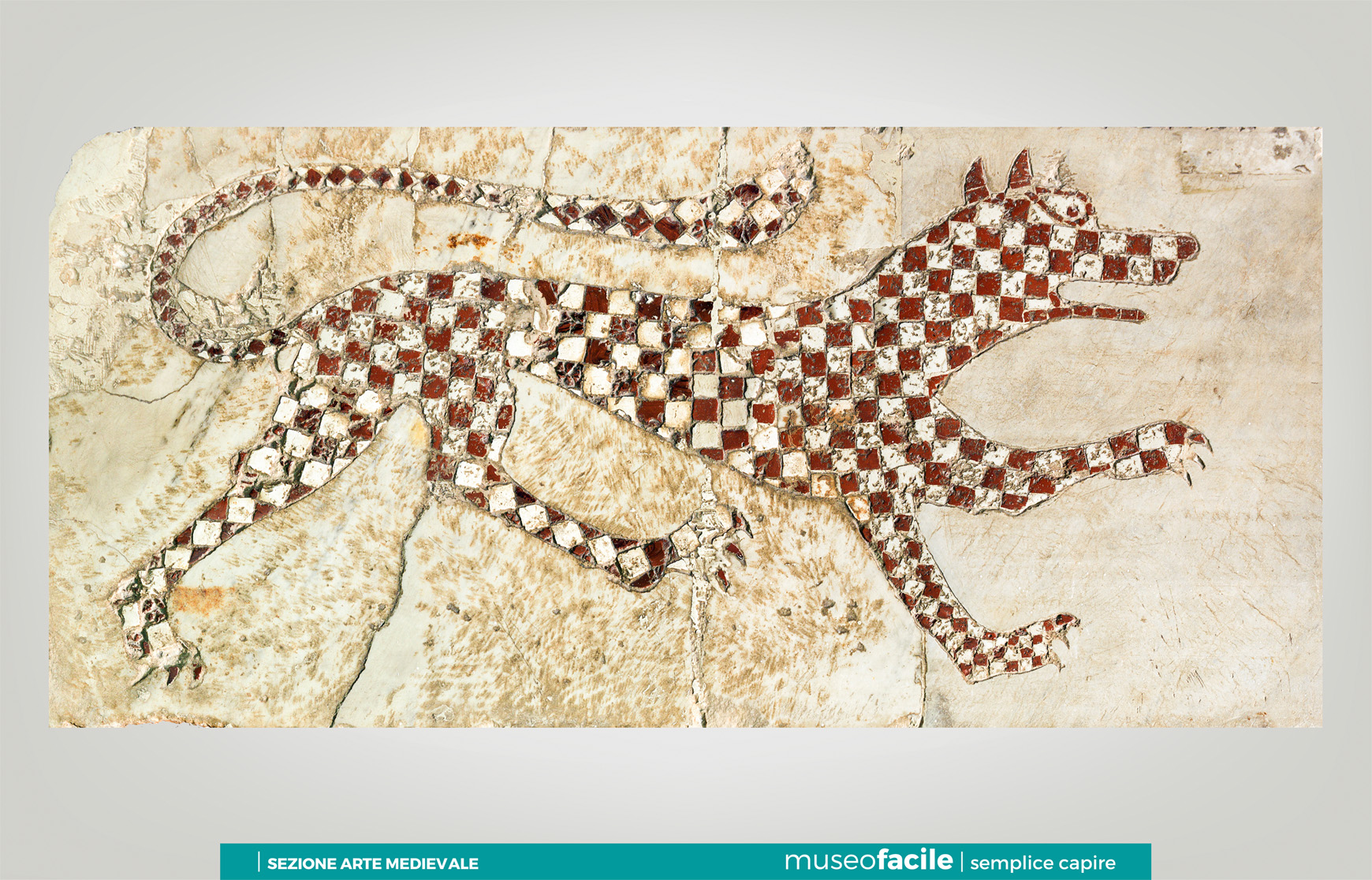 They represent hunting dogs (greyhounds) and act as guardians of a holy place. We do not know the exact, original location of the two panels. They may have been located at each side of the abbey church’s altar to guard the remains of Saint Benedict which were located under the altar.

The tesserae are made of natural materials (white palombino and rosso antico), except for some portions made with glass paste tesserae, possibly due to subsequent restoration.