The Cloister of St. Anne was built in 1953, together with the small portico at the entrance which re-uses medieval marbles. In fact, excavations following World War II brought to light capitals, columns, corbels, cornices and other architectural elements.

Nine trapezoid-shaped capitals hold up the portico’s arcade and are of great artistic value.  They employ fine decoration executed in low reliefs carved into the white marble. The four faces of each capital include acanthus leaves, spear-shapes leaves, lilies, plaited ribbons, six-petalled flowers in hexagons, circles circumscribing crosses, fruits in jars, and stars.

There is no evidence to establish the exact origin of the various pieces in marble. Their style suggests that they were carved for the cloister commissioned by Abbot Desiderius (1058-1066) or for that of his successor, Oderisius I (1087-1105). Both cloisters no longer exist, but are mentioned in medieval sources. The pieces recall 11th century Byzantine sculpture at the monastery of Hosios Loukas in Fokida (Central Greece) whose capitals are quite similar.

It is not to surprising find similarities with Byzantine decorative schemes: the Chronicle written by Leo Marsicanus (Chronica Monasterii Casinensis), a monk at Montecassino at the time of the famous abbot, tells how Desiderius recruited several artists from Byzantium to decorate his basilica. 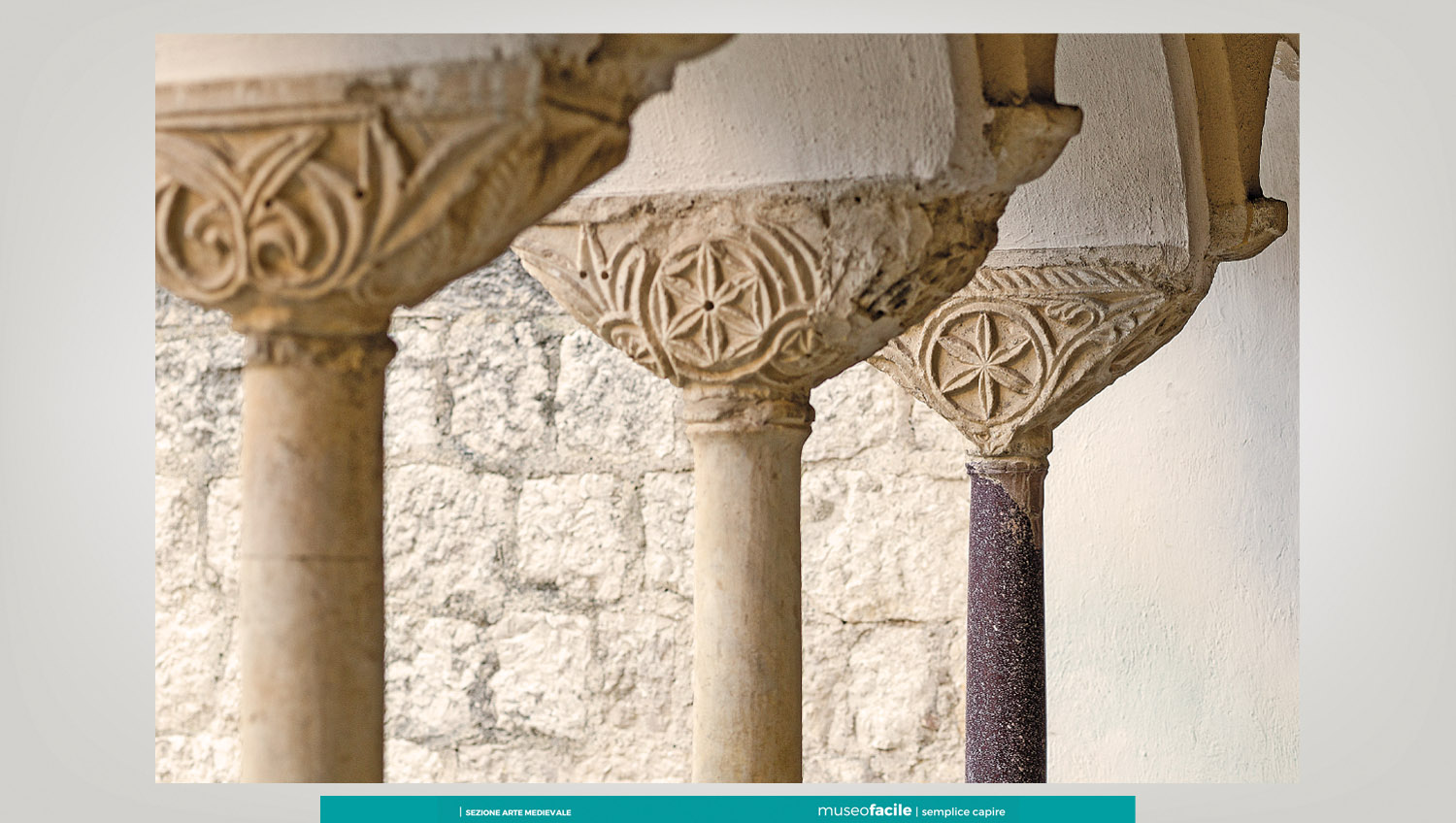 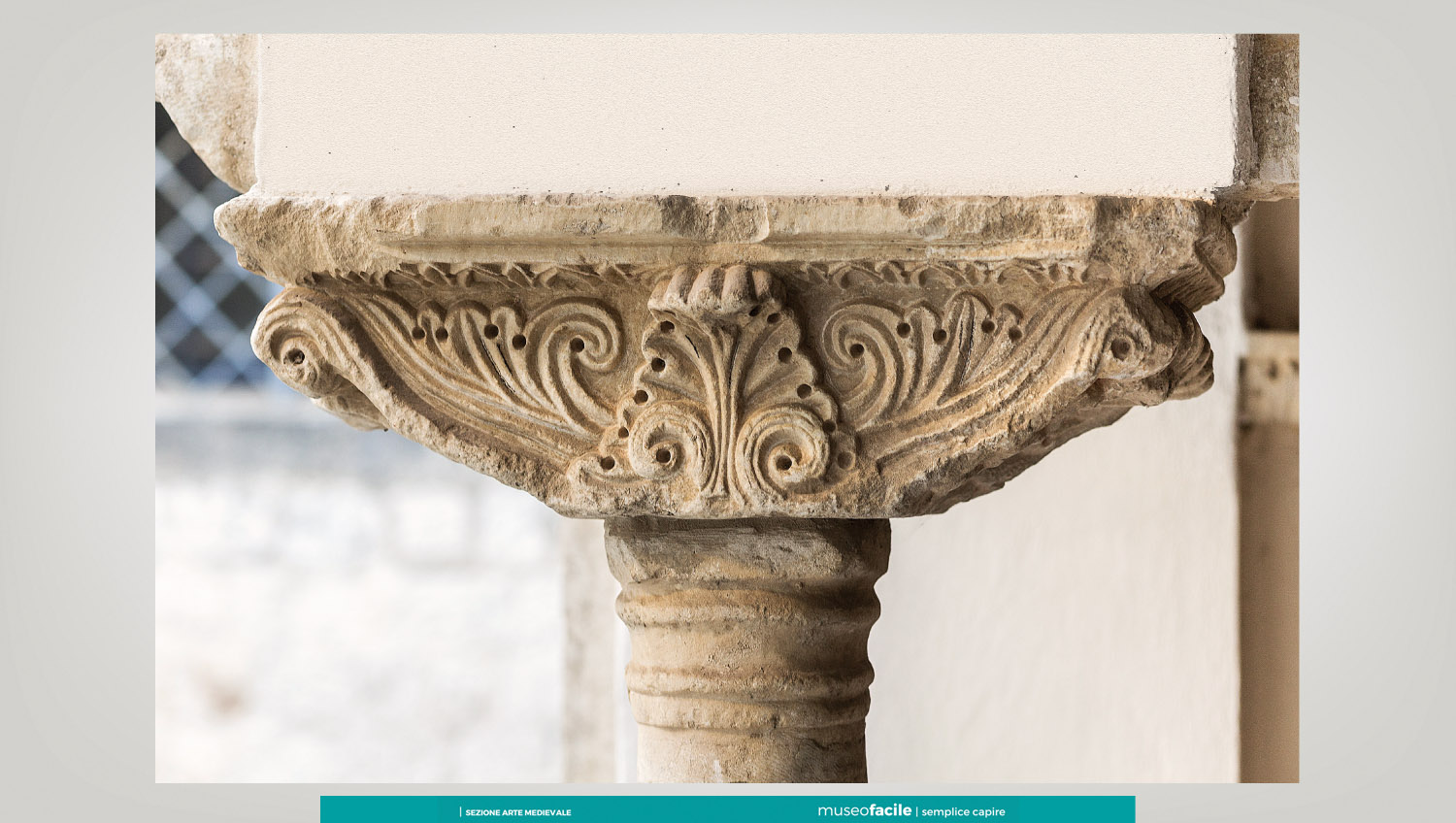