These two marble portals come from the façade of Desiderius’ abbey church (1066-1071). They were recovered in fragments after the bombings of World War II and were later reassembled. Both were still in place at the beginning of the 18th century when the monk Erasmus Gattola had them copied as engravings to illustrate his history of the Abbey (Historia Abbatiae Cassinensis, 1733). The main portal framed the central entrance, while the smaller one belonged to one of the side entrances.

In 1716 the main portal was demolished to make room for decorations that weremore akin to the tastes of the times, but it was remounted a short distance away, inside the very same doorway. Thanks to this new location, the portal was saved from the ravages of the bombings. Its precious bronze doors that Abbot Desiderius had brought from Byzantium were recovered from the rubble and later situated at the entrance of the current basilica.

The main portal’s high relief decoration on the jambs and lintel consists of a double band with lozenges with central rosettes and smaller flowers in the remaining triangular spaces. The whole structure imitates Classical models, especially the coffered vaults from Roman imperial buildings.  Some of the preserved parts allow us to see that the quadrangular and triangular fields were covered with mosaics with gold leaf and rosso antico tesserae. Between the two pairs of lateral bands there were rows of black, red and gold tesserae.

The two vertical elements of the smaller portal are adorned with a vine-branch that wraps itself around a pole. These pieces come from a Roman building of the 2nd or 3rd century A.D., and were reused by Desiderius as a valuable testament of classical art. The lintel, casually found below the threshold of an internal doorway in the basilica, reproduces a traditional Lombard pattern, probably coming from the early medieval basilica. 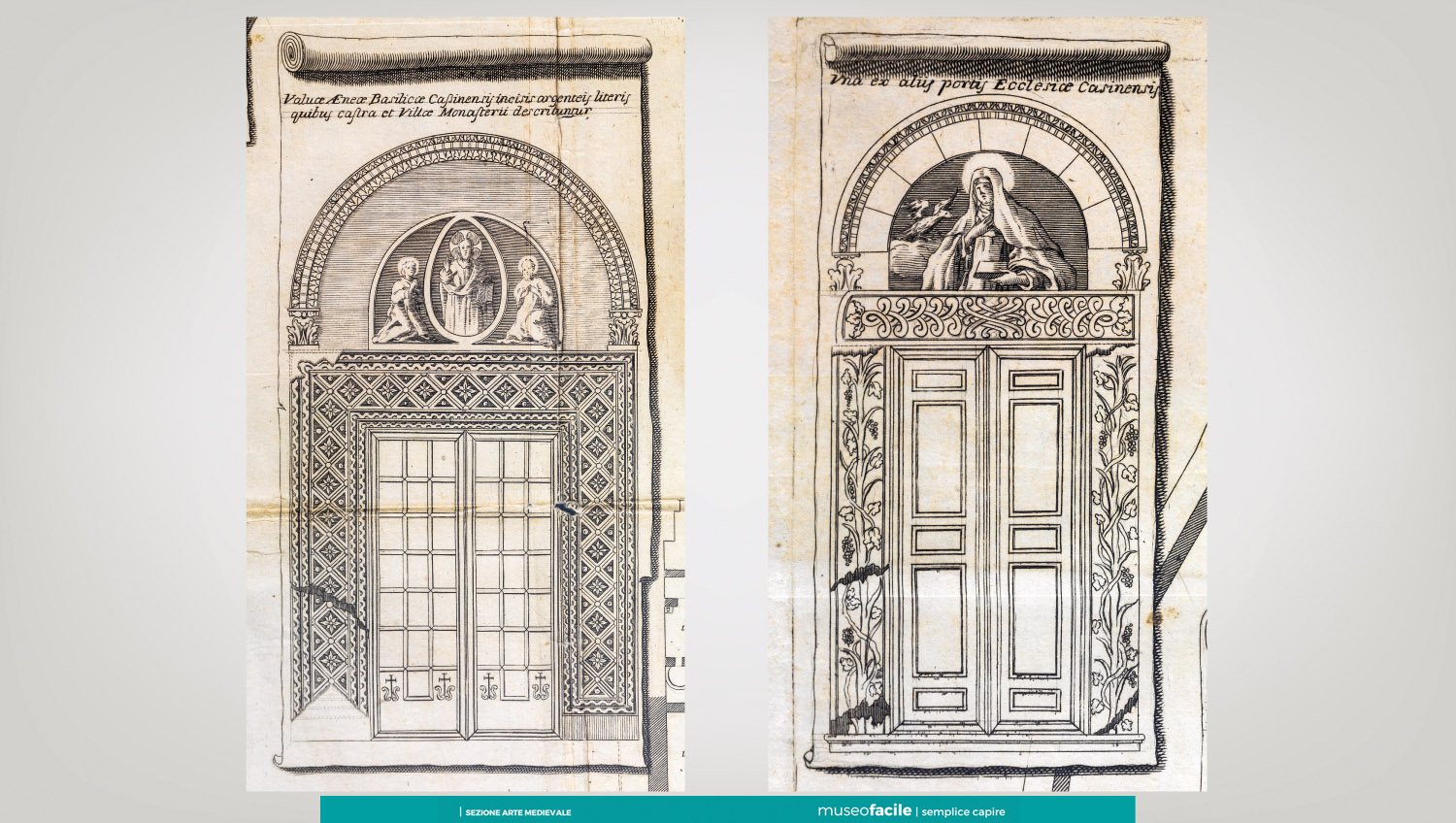 Medieval Paintings from the Land of St. Benedicti