Antonio Gatto, And it will never be less than being there

Antonio Gatto, And it will never be less than being there 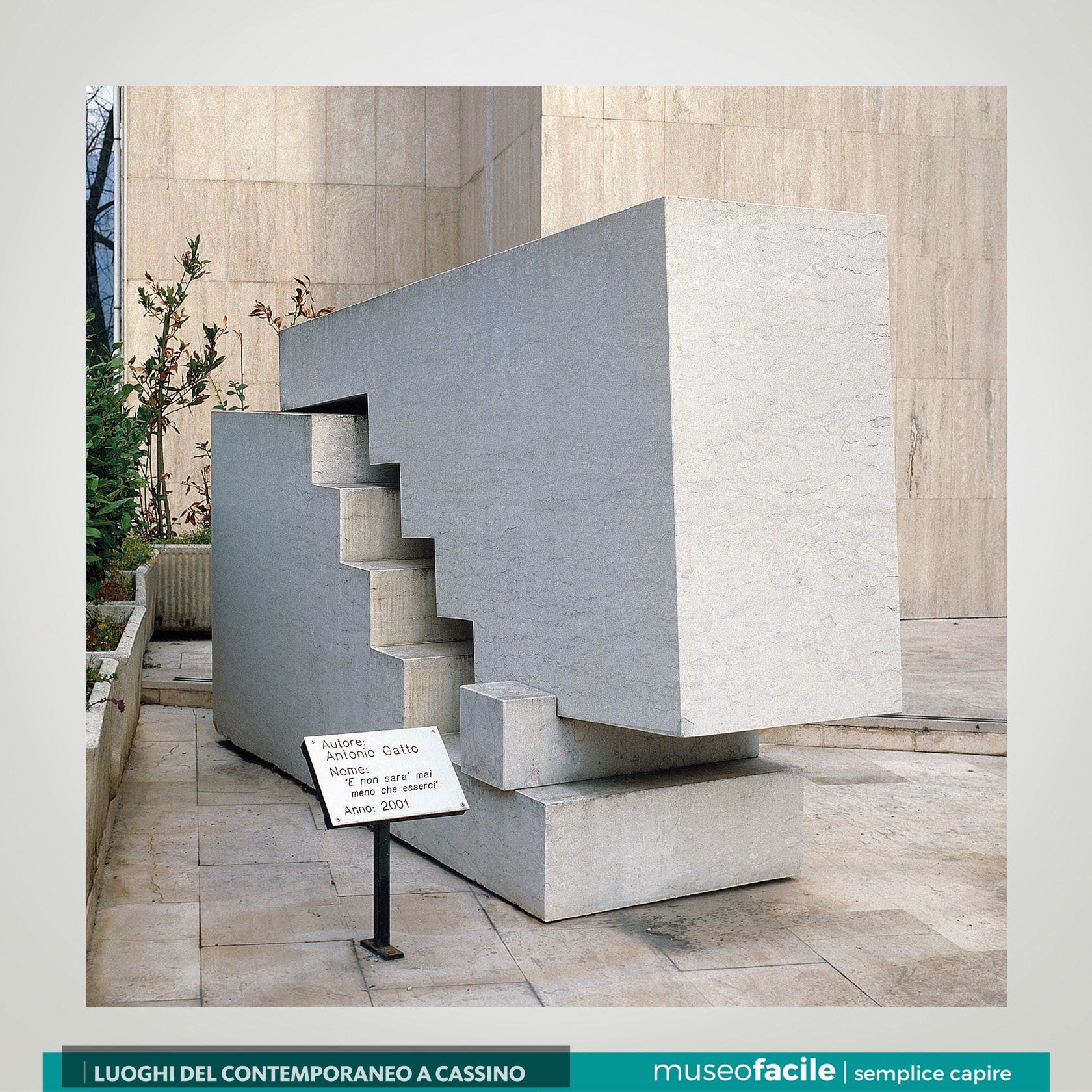 And It Will Never Be Less Than Being There, 2001

Two blocks of marble, of equal width and height, have the geometric shape of a staircase; there is an inviting step at the base, four steps and a short landing on top. One of the two blocks is overturned and positioned above the other, forming a nearly compact rectangle. However, the insertion of a crossbeam (i.e. a short, marble beam) between the joining steps prevents the rectangle from locking together. Thanks to this slight elevation, a zigzag-shaped gap runs diagonally between the two blocks.

This subtle mistake suggests that the feeling of symmetry, upon careful analysis, is illusory: the blocks have, in fact, different widths; if they were stuck they would not form a rectangle, but an irregular shape.

The title, which recalls a poetic verse, invites the observer to go beyond the cold, geometric imperfection and to reflect on its meaning.